We’ve recently seen some employers be required to boost their employees’ salaries to $15 an hour. But how much a year is this, including after taxes? And is $15 a living wage?

After all, it’s great to get an increase to your income. But it’s also good to know just what you’re getting here.

So this article is going to be your crash course in what’s involved in that brand new salary you might be about to get. This includes whether earning $15 an hour is good and some jobs you may want to consider in this salary range.

A full-time hourly employee making $15 an hour will earn $2,600 per month before taxes. This comes out to $31,200 annually. This number can change though depending on other factors like overtime and working less than 40 hours per week.

For instance, according to the Bureau of Labor Statistics, the average part-time employee only works 5.58 hours per day. This comes out to just 27.9 hours per week.

Working that amount of hours would mean a weekly paycheck of just $418.50 at $15 an hour. This means that the average part-time employee who makes $15 an hour will have, working that number of hours, a yearly income of around $21,762 dollars – over a full third less than a full-time employee at the same hourly rate.

Either way, carefully managing your money is going to be crucial here. For that, I always recommend that people use Personal Capital. It’s a completely free app that shows you your entire financial situation in one place, allowing you to watch your spending, manage your budget and get personalized advice based on your circumstances.

Easily our choice for the best app to help you manage your money better.

Create a budget, track your spending automatically, receive personalized advice, get alerts about hidden fees and a ton more – and it’s all free.

What is $15 an hour annually after taxes?

With the average single American contributing 29.8% of their earnings to income taxes, Medicare and Social Security, your average take home salary annually on $15 an hour after taxes will be $21,902.40. The exact figure will, however, vary depending on which state you live in.

That is, while 29.8% may be the average tax rate, each state has its own laws and regulations regarding how much it taxes your take-home pay. So let’s do the math on $15 an hour using a state that represents the average of what American’s pay for income tax.

In Nebraska, for example, the average person will pay 6.84% income tax each time they collect a paycheck. There is also federal income tax to take into consideration which, in this case, would equate to as a 12% tax liability.

Let’s break down what this means for our full-time and average part-time employees we mentioned earlier.

Our full-time $15 worker was earning $31,000 before taxes, but after state and federal income taxes the actual amount earned would go down to around $25,039. That’s about a 20% decrease in the amount of pay you can take home.

Our national average part-time employee is in the same tax bracket as a full-time employee and has the same tax liability (that is, 12%). Their yearly take-home pay would decrease by the same percentage which would take it down to around $17,830.

It’s important to keep in mind that these are just average cases and that most people will have different results. Things like tax deductions, credits, and other personal factors can all increase the amount of your money you get back on your tax return.

Looking for ways to make some quick, extra cash on the side? Here are our top picks for the best money-making apps out there:

A full-time employee working 40 hours each week at $15 an hour would earn $2,600 a month. This is, however, the pre-tax amount. Based on the tax rate paid by the average single American of 29.8%, someone’s take home salary each month on $15 an hour would be approximately $1,825 per month.

These amounts would, however, vary depending on where you live and how many hours you work each month.

For example, working closer to the national average of 27.9 hours each week brings your monthly take-home pay down to $1,813.50 before taxes. After we calculate the average tax liability, this monthly pay is actually closer to $1,273.

Knowing your actual monthly earnings is helpful for doing a budget, with many of these being done on a monthly basis. This means that aligning your pay cycle and your budget makes it much easier to work out how much you have to spend and where.

However, this also means that for those being paid weekly, it can be helpful to break this down even further.

Someone earning $15 an hour working 40 hours a week will make $600 each week before taxes. Based on the finding that the tax rate paid by the average single American is 29.8%, the take home pay of someone making $15 an hour would be , their real weekly pay would be $421.20..

As mentioned earlier though, each state has different income tax rules and regulations. This means that a person in Arizona making $15 an hour might be taking home more, or less, than a person making the same hourly wage in Delaware.

Other factors can change this number. If your $15 an hour job requires you to own and maintain a personal vehicle, uniforms, or other work-related supplies, the real take home pay would change accordingly.

So this begs the question: Is $15 an hour a living wage?

MIT found that the living wage in the US is $16.54 per hour, or $68,808 per year, before taxes for a family of four, with a living wage being defined as the approximate income needed to meet a family’s basic needs. This means that earning $15 an hour is not a living wage.

You can see more information here about MIT’s findings, including some pretty horrifying calculations about how much different people need to work based on the current minimum wage in the US.

To expand a bit more on the meaning of a “living wage”, it generally refers to how much money one person or household would need to comfortably make in order to meet all of their needs. This includes housing, food, clothing, healthcare, and money left over for savings and, well, enjoying life.

If this sounds like it’s hard to convert into numbers, that’s because it is. There are different ways of approaching these calculations. However, MIT has developed a tool that allows people to browse what a “living wage” would look like in their community based on the number of people you’re supporting.

Using their living wage tool, we can see that for one adult with no children, $15 would be a living wage in Omaha, Nebraska, but not in Chicago, Illinois. This also assumes that the person making $15 is working full-time.

Another complication comes in when children get added into the math. Adding even one child means that $15 is no longer a living wage. Even in the most affordable communities, living wage with one child is closer to $30.

Is 15 dollars an hour good?

While $15 an hour is a huge boost for everyone making the federal minimum wage of $7.25, it’s still nowhere near what minimum wage would be if it had kept pace with inflation. It’s also not enough for most people to earn what would be considered a living wage.

Inflation is the rise in overall price of an economy over time. When we hear people talking about how the $7.25 minimum wage was more than enough “back in their day,” it’s important to keep in mind that the median cost of a house was only $17,000 back in 1970. If minimum wage had kept pace with inflation, it would be closer to $30 an hour today.

While movements like the Fight for 15 are pushing for a new federal minimum wage, it still isn’t even half of what it would be if it had kept pace with inflation, profits, and productivity.

Many companies are responding to ongoing unionization efforts and changing economic conditions by raising their minimum wages to $15 an hour. Here are a few major companies that pay $15 an hour and a few jobs that pay at least $15.

Living on $15 can be a huge change for people who have been working at the federal minimum wage of $7.25, but it can also be a challenge. Here are a few tips to help you make the most of your new income:

Final thoughts on earning $15 an hour

While earning $15 an hour may be an improvement if you’ve been working at a much lower minimum wage, there are plenty of good arguments for why it may not be enough, especially if your goal is to reach financial freedom.

Nevertheless, at the moment, it’s a solid target, especially for those organizations fighting for this to be the minimum wage across the board.

And if you find yourself earning $15 an hour, knowing just how much a year or even a month you’ll end up getting can really help you to work out your budget,

From there, it’s simply a question of sticking to it. That’s definitely doable at this rate, although some careful money management will be needed to make sure you’re spending within your means. 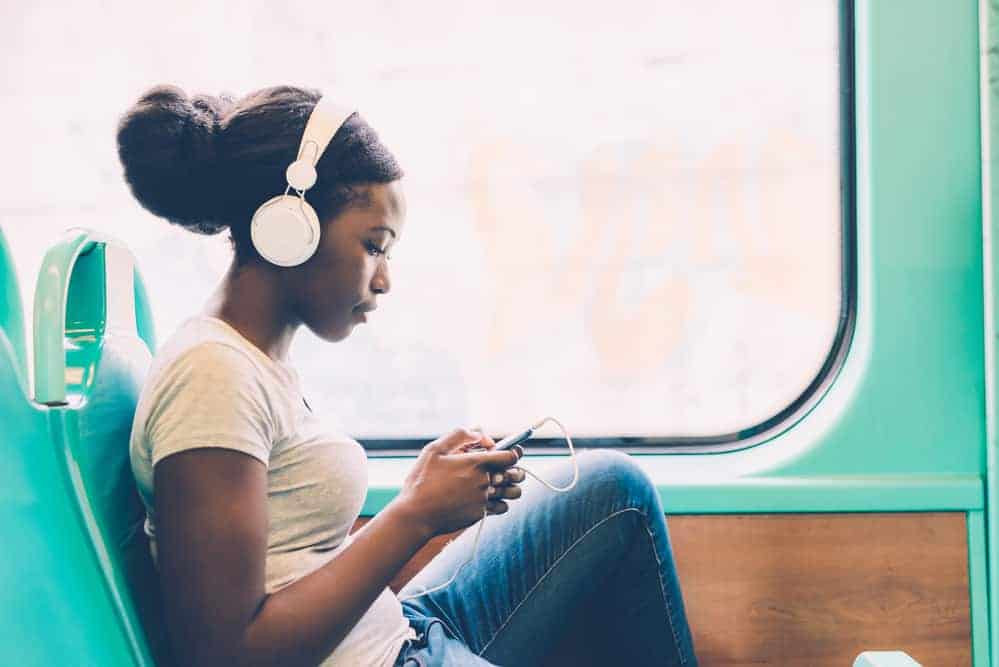 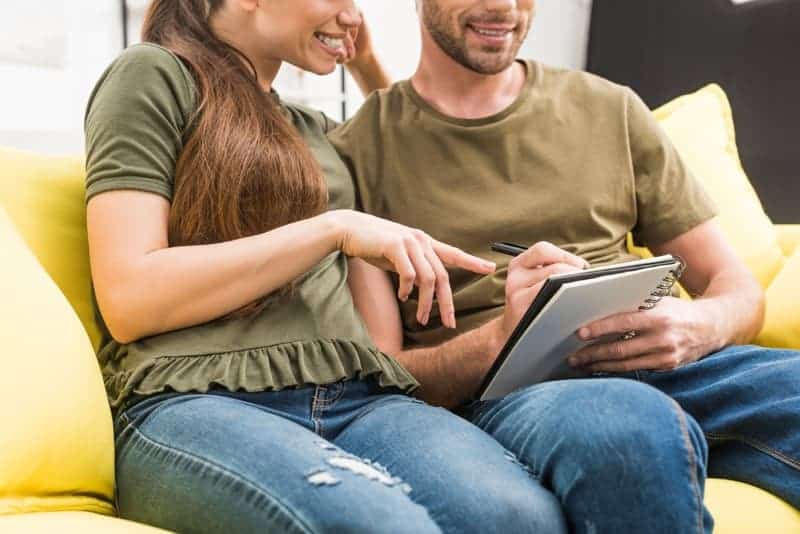 15 Incredible Debt Snowball Worksheets to Get Out of Debt