It can be tempting to assume that 2020 was a complete loss for everyone when it came to their finances.

After all, with massive job losses or reductions starting in the first quarter of the year and continuing into 2021, it seems inevitable that there would be a widespread negative impact on people’s personal financial situation after the events of the previous 12 months.

However, the statistics indicate that it’s not as straightforward as this. In fact, based on a survey of 1,500 Americans in January 2021 by Statista Research Department, it seems that some different conclusions can be drawn when it comes to people’s opinions of their finances over the previous year – and they aren’t all as negative as you may first assume.

Our summary findings are:

Given the downward trend of employment rates throughout 2020, you may assume that the majority of people considered themselves worse off financially in January 2021 compared to 12 months earlier. However, that’s not necessarily the case.

Those who have felt it the worst are in the 30-44 age range, with 30% of respondents reporting that their finances have been negatively impacted over the previous year.

But it’s not significantly different for those in other age groups. That is, 23% of those who are 18 to 29 years old and 65 years and older report similar feelings about their own personal financial situation, with a slight uptick for those in the 45 to 65 age range at 26% of respondents.

While we can’t say definitively why different age groups report different outcomes here, the increase seen in the mostly-millennials group could align with changing job trends in that demographic. For example, 47% of millennials say they freelance in some capacity, far more than later generations, and while this does bring flexibility, it also traditionally offers less job security.

This is potentially compounded by the fact that the International Labor Organization identified this age group, in 2020, as “experiencing a second heavy economic crisis in their short careers”.. There’s no doubt that this can heavily impact the individual finances for those who’ve been impacted by this – yet again.

Key takeaway: Adults aged 30-44 appear to have been the hardest hit from a financial perspective by the events of 2020.

Most people feel that they’re in about the same financial position as 12 months earlier, particularly adults aged 65 and over

Perhaps surprisingly, the response that was the most common in almost all age groups was that people felt that their personal financial situation after 2020 was about the same as it had been 12 months earlier.

Specifically, 39% of 18 to 29-year-olds reported feeling this, as did 43% of those in the 45 to 64 year old group. The exception was for adults in the 30 to 44 year old age range, 28% of whom responded that they felt that their personal financial situation was unchanged – slightly less than the 30% who said they felt worse off.

The one major standout was those in the 65 and up group, with 61% of respondents saying they felt their finances were about the same as in the previous 12 months.

Given the strong performance of the stock market at the time this survey was taken (in early January 2021), including the massive gains seen following the sharp drop earlier in 2020, this is perhaps less surprising than it first appears. That is, as the stock market reached new highs, so too did people’s retirement funds.

And given that the older you are, the higher your net worth is likely to be – with a lot of your assets bound to be stored in retirement accounts – it’s easy to see how the stock market’s recovery also helped people’s own financial positions recover too.

Key takeaway: On the whole, those aged 65 and over appear to be the least affected financially from the events of 2020.

Up to one in four adults aged 64 and under feel better off financially than a year earlier. This drops significantly to around one in seven for those aged 65 and over.

This dropped quite significantly for those older than 65, where only 14% of respondents felt they were in a better financial position.

While this may be cause for concern, it’s important to read this alongside the other results we’ve seen. That is, while a relatively smaller percentage of the older generation saw an improvement in their finances from the events in 2020, a significant number reported essentially no impact at all.

This means that while those in this age bracket may not have been in a position to benefit financially from 2020 as much as other groups, this could be due to being in a more stable financial position overall.

For example, at this point, they’re more likely to have less volatile investments and the fact that many have already reached retirement means they don’t face the same problems as other demographics arising from job insecurity. This, in turn, could mean they’re well placed to better weather the storm.

Key takeaway: Most age groups experienced similar improvements to their financial situation, with the exception of those aged 65 and over.

The older people are, the less likely they were to be “not sure” about the change to their personal financial situation over the previous year.

This is arguably the most interesting result given what it may tell us about people’s financial awareness more broadly.

That is, the younger a respondent was, the more likely they were to say that they were “not sure” about the change, if any, to their personal financial situation over the previous year.

There’s a clear trend when we look at this graph, with the results scaling from 14% of people saying this in the 18 to 29 age range compared to just 3% in the 65 and over bracket.

While one survey can’t tell us everything we need to know about people’s behaviour when it comes to managing their money at different ages, this strongly suggests that as they get older, people are more aware of their overall personal financial situation – and, importantly, when it’s affected.

Looking at this another way: there’s every chance that more people in the younger age groups were negatively (or positively, for that matter!) affected by the events of 2020 than they realize.

Safe to say, this isn’t great. Being aware of where your personal finances are at is critical for making sure you stay in control of your money. This particularly includes when times may be a bit tough, as identifying problems early allows you to react quicker and take steps to protect your finances from the impact of any economic volatility.

Key takeaway: The older people are, the more they appear to be aware of their personal financial situation and when it’s impacted.

There’s no question that 2020 had a major impact on most of our lives – but seeing just which way that impact went can certainly be an interesting question to ask.

That is, results like the ones seen here can help us to get past some pretty scary headlines to see just what effect the entire situation had on people’s individual financial positions. Your first instinct may be to assume that everyone is worse off (and it’s easy to see why you’d think that!) but it’s clear that this isn’t actually the case.

It also seems that this could tell us a few related issues about people’s money management. This includes, ideally, pointing us towards discovering some lessons learned for helping to get through the storm as it continues into 2021 – not to mention some ideas for weathering the next one, which is always inevitable.

You can click here to find the original survey data from Statista Research Department used for this analysis.

And in the meanwhile, let us know your thoughts.

Did your own experiences in 2020 align with these survey results? Were they what you expected based on what you saw around you over the same period?

Feel free to let us know in the comments below. 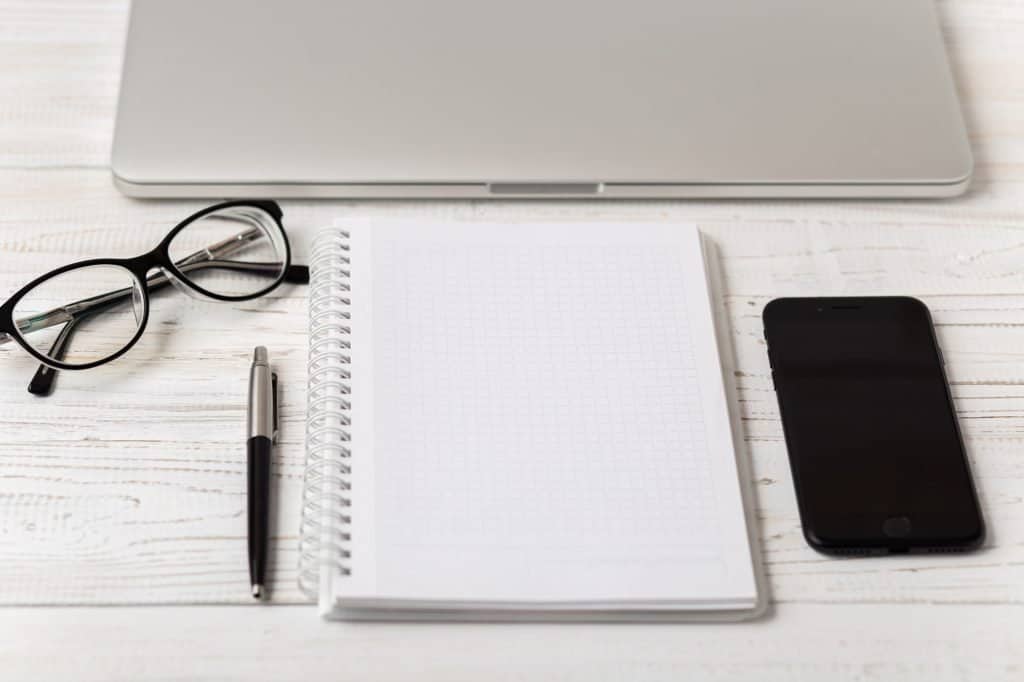 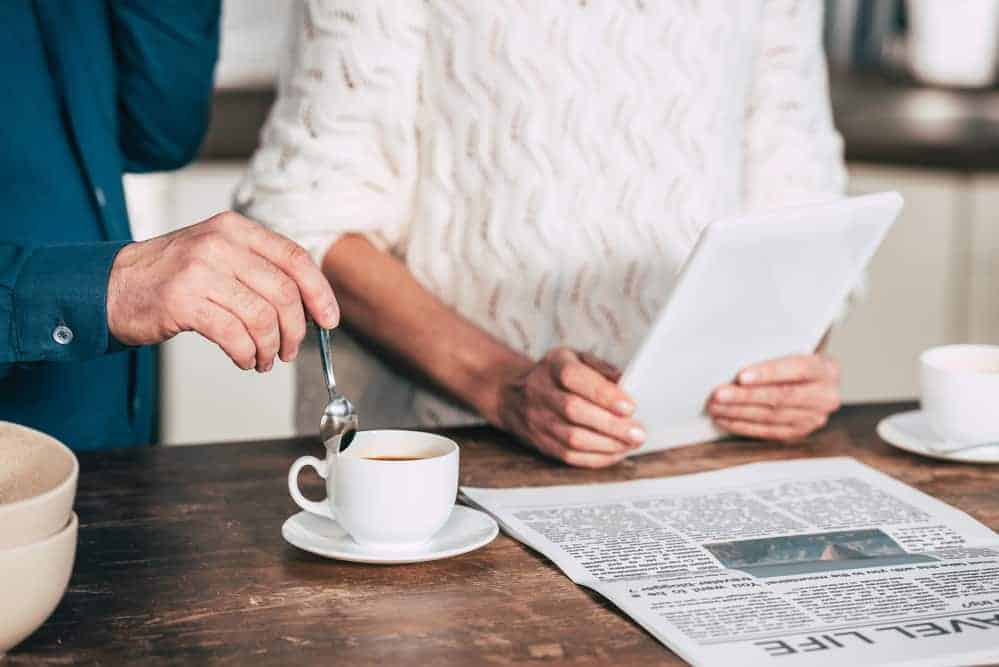 Financial Freedom: The 7 Steps Anyone Can Take to Achieve It 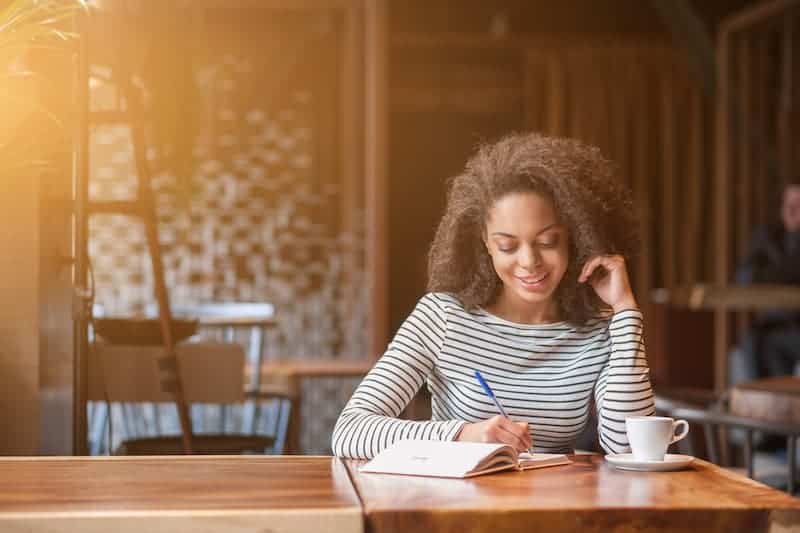 30 Day Challenge Ideas to Improve Your Life in One Month